Climate is one important environmental variable that affects human life. As the regions along the Belt and Road (B & R) encompass vast territories and large populations, it is significant to assess climate suitability for human settlements, which will influence the migration of various surrounding countries.

We selected seven regions including 65 countries along the B & R for the research area and adopted the temperature-humidity index (THI), to assess the climate suitability. We analyzed the spatial characteristics of THI and the correlation between population distribution and THI, the results of which enabled us to adjust the THI classification criteria. We finally assessed the climate suitability of each region. The results reveal that outside the Qinghai-Tibet Plateau, the THI values generally tend to decrease from west to east as longitude increases and downward with increasing latitude.

The population distribution is significantly correlated with the THI. Regions with relative suitable climate, including high suitability areas (HASs), moderately suitable areas (MSAs) and low suitability areas (LSAs), account for 50.62% of the total area and encompass in excess of 90% of total population.

These areas are widely distributed in the southern regions of 45°N latitude, again with the exception of the Qinghai-Tibet Plateau. Critical suitable area includes 19.48% of the entire area and 8.98% of total population. The non-suitable area accounts for less than 30% of total area, concentrated in the cold high-latitude and high-altitude areas. 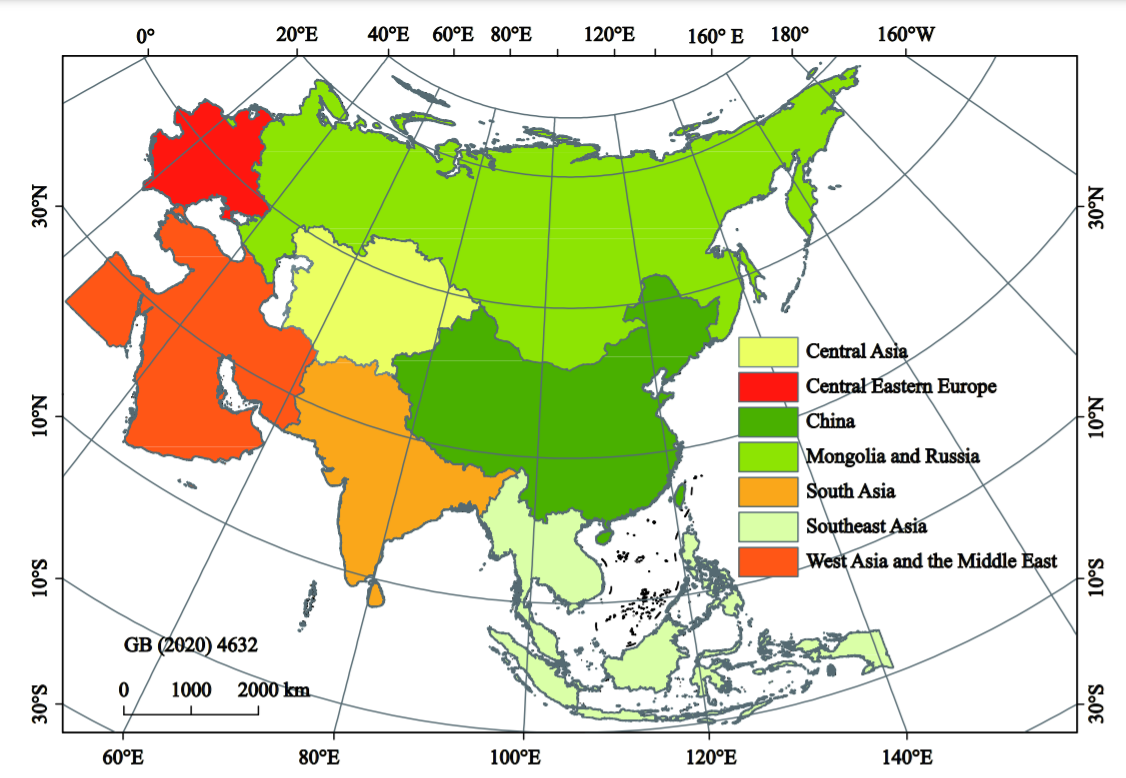 Construction of bifunctional single-atom catalysts on the optimized β-Mo₂C surface for highly selective hydrogenation of CO₂ into ethanol                                Spatiotemporal changes in water, land use, and ecosystem services in Central Asia considering climate changes and human activities