To examine the neuroanatomical substrates underlying the effects of minocycline in alleviating lipopolysaccharide (LPS)-induced neuroinflammation.

Forty C57BL/6 male mice were randomly and equally divided into eight groups. Over three conse-cutive days, saline was administered to four groups of mice and minocycline to the other four groups. Immediately after the administration of saline or minocycline on the third day, two groups of mice were additionally injected with saline and the other two groups were injected with LPS. Six or 24 hours after the last injection, mice were sacrificed and the brains were removed. Immunohistochemical staining across the whole brain was performed to detect microglia activation via Iba1 and neuronal activation via c-Fos. Morphology of microglia and the number of c-Fo-positive neurons were analyzed by Image-Pro Premier 3D. One-way ANOVA and Fisher’s least-significant differences were employed for statistical analyses.

Minocycline alleviates LPS-induced neuroinflammation in multiple brain regions, possibly due to increased activation of neurons in the NTS-associated network. 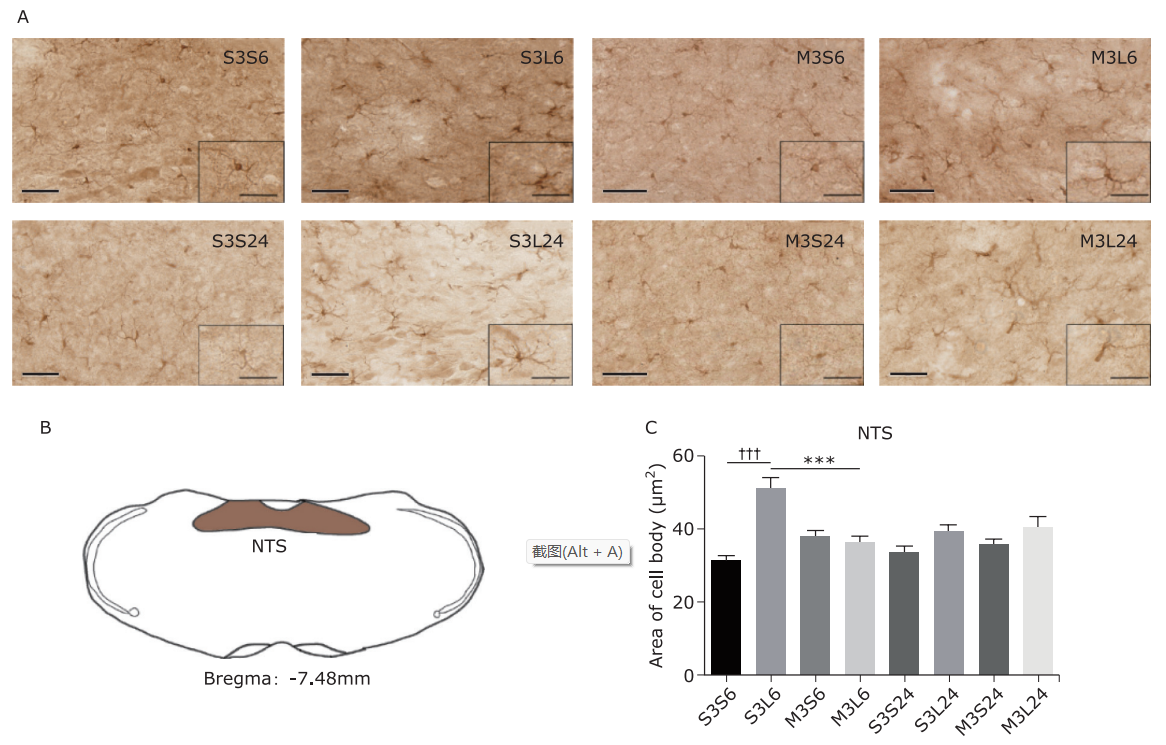