The Hi-CLIMB seismic array is located in the central-western Tibetan Plateau. The H-κ-c method (Li JT et al., 2019) was applied to receiver function data on the Hi-CLIMB, which corrects the back-azimuthal variations in the arrival times of Ps and crustal multiples caused by crustal anisotropy and dipping interfaces before performing H-κ stacking.

Compared to the traditional H-κ method, the H-κ stacking results after harmonic corrections showed considerable improvements, including greatly reduced errors, significantly less scattered H (crustal thickness) and κ (crustal vP/vS ratio) values, and clearer patterns of H and κ in different Tibetan blocks. This demonstrates that the H-κ-c method works well even for regions with complex crustal structures, such as the Tibetan Plateau, when there are helpful references from nearby stations or other constraints. The variation in crustal thickness agrees with previous studies but tends to be relatively shallower beneath most of the plateau. Two regions with particularly high crustal vP/vS were observed, namely, one in the northern Himalaya block and beneath the Yarlung-Zangbo suture, and the other in the Qiangtang block.

Their correlation with mid-crust low S velocities from previous studies suggests the possible presence of fluid or partial melt in the two regions, which may have implications for the crustal flow model. In contrast, the Lhasa block had relatively lower crustal vP/vS and relatively higher crustal S velocity within the plateau, which is interpreted to be mechanically stronger than the Himalaya and Qiangtang blocks, and without mid-crust partial melt. 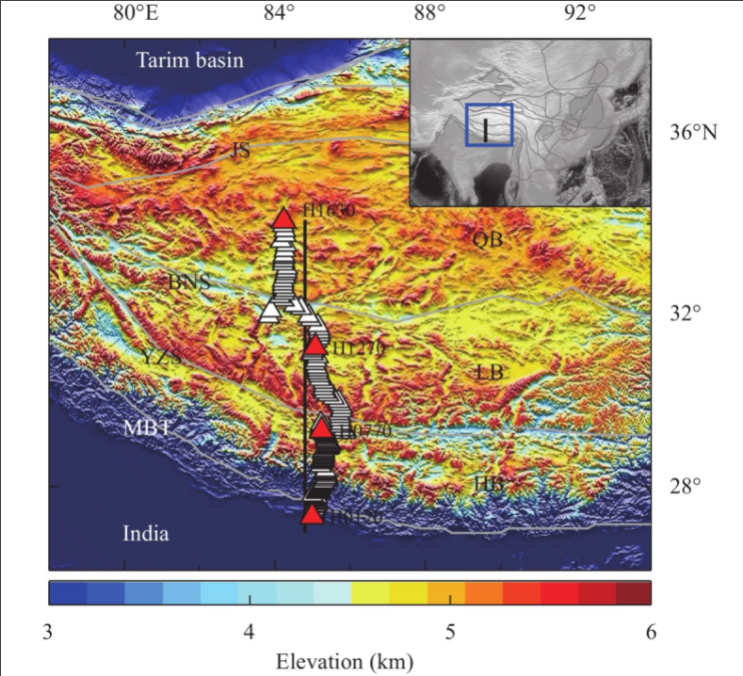