This study explored the usefulness of two-dimensional shear wave elastography (2D-SWE) in the early assessment of corpora cavernosa fibrosis (CCF). New Zealand male rabbits were randomly assigned to an experimental group or a control group.

Other histological analysis outcomes were the positive area proportion (PAP) of TGF-β1 (PAPT), fibronectin (PAPF), and Col III (PAPC), measured by immunohistochemistry. After recombinant human TGF-β1 injection, SWQ was higher in the experimental group than that in the control group (P < 0.001); however, there were no differences in conventional ultrasound results. There were significant differences in histological outcomes between the two groups (all P < 0.05). These results indicated that 2D-SWE was superior for identifying early histological changes in CCF. 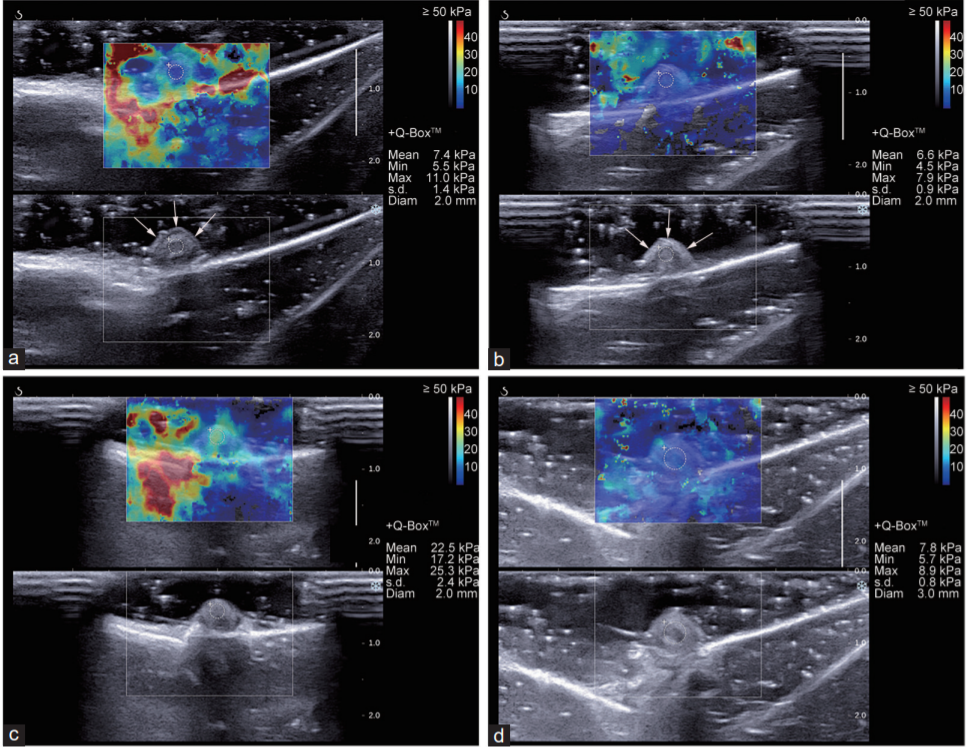