MicroRNA-21 (miRNA-21) is highly expressed in various tumors. Small-molecule inhibition of miRNA-21 is considered to be an attractive novel cancer therapeutic strategy. In this study, fluoroquinolone derivatives A1–A43 were synthesized and used as miRNA-21 inhibitors.

Compound A36 showed the most potent inhibitory activity and specificity for miRNA-21 in a dual-luciferase reporter assay in HeLa cells. Compound A36 significantly reduced the expression of mature miRNA-21 and increased the protein expression of miRNA-21 target genes, including programmed cell death protein 4 and phosphatase and tensin homology deleted on chromosome ten, at 10 μM in HeLa cells. The Cell Counting Kit-8 assay was used to evaluate the antiproliferative activity of A36; the results showed that the IC50 value range of A36 against six tumor cell lines was between 1.76 and 13.0 μM. Meanwhile, A36 did not display cytotoxicity in BEAS-2B cells (lung epithelial cells from a healthy human donor).

Furthermore, A36 significantly induced apoptosis, arrested cells at the G0/G1 phase, and inhibited cell-colony formation in HeLa cells. In addition, mRNA deep sequencing showed that treatment with A36 could generate 171 dysregulated mRNAs in HeLa cells, while the expression of miRNA-21 target gene dual-specificity phosphatase 5 was significantly upregulated at both the mRNA and protein levels. Collectively, these ﬁndings demonstrated that A36 is a novel miRNA-21 inhibitor. 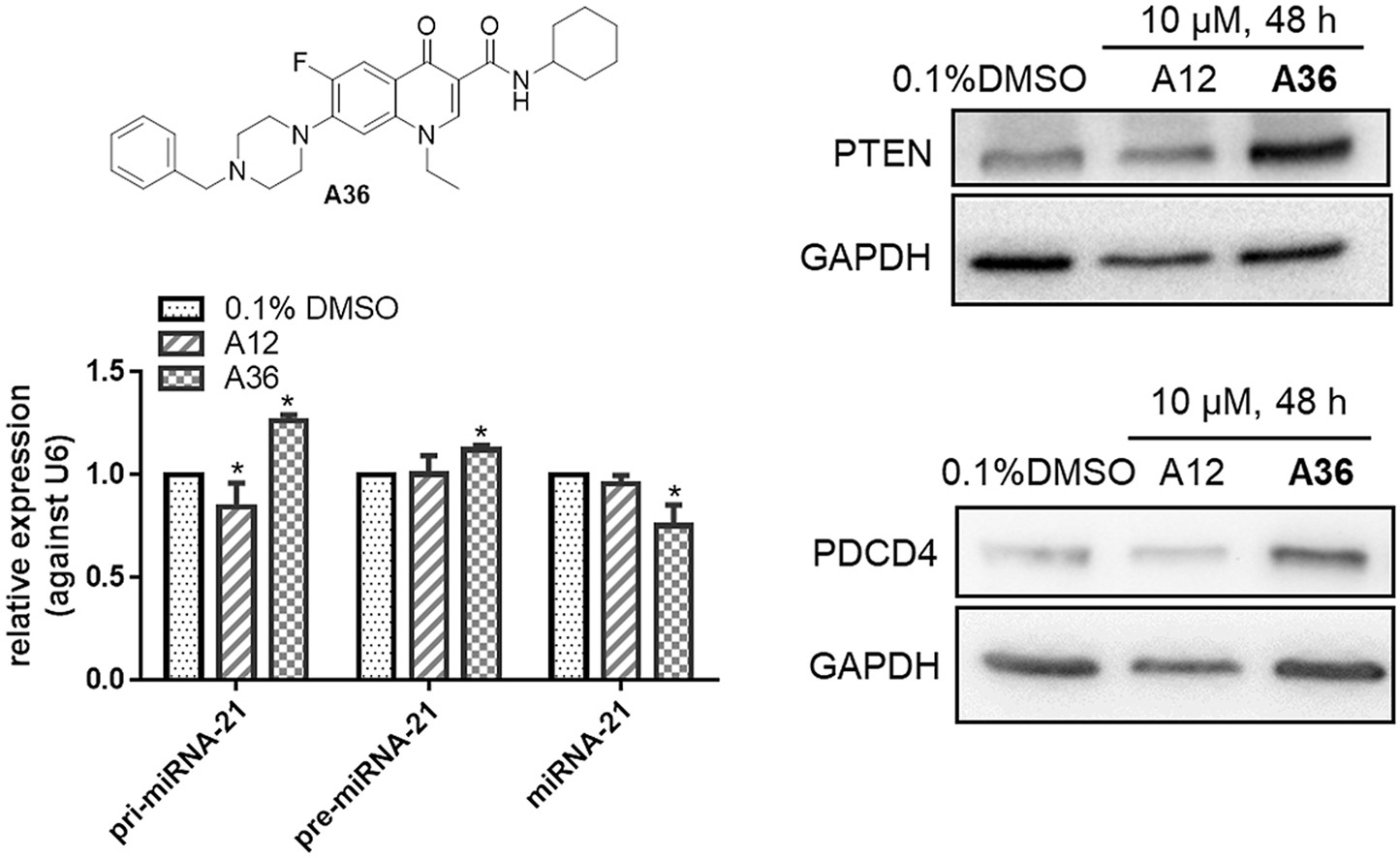