It has long been known that abundant symbiotic bacteria exist in the tunic and gut of marine ascidians, and that these play crucial roles in host development, physiological metabolism, and environmental adaptation. However, the identity, roles and functions of these symbiotic bacteria are known for only a few strains.

In this study, we isolated and cultivated 263 strains of microorganisms from the intestine of the marine ascidian Halocynthia roretzi through a combination of aerobic and anaerobic culture approaches. Most cultivated species, both aerobic and anaerobic, from ascidian stool samples belonged to the genus Bacillus based on 16S rDNA sequencing identification and phylogenetic assays. The distribution of cultured bacteria varied with seasonal changes in environmental conditions.

To explore the functions of cultured bacteria, we screened out a strain of Serratia sp. whose extracts showed high antibacterial activity against aquatic pathogens. These findings revealed the potential roles of gut microorganisms in ascidian defense and environmental adaptation, thus providing insights into the interaction and co-evolution between gut bacteria and their hosts. 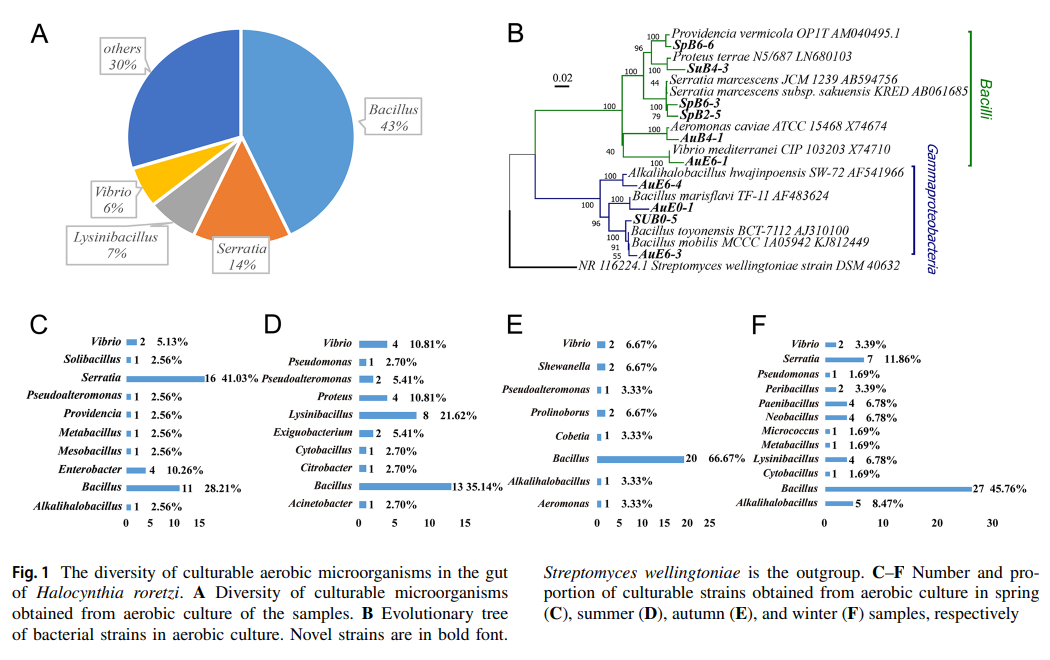