Lake mixing influences aquatic chemical properties and microbial community composition, and thus, we hypothesized that it would alter microbial community assembly and interaction. To clarify this issue, we explored the community assembly processes and cooccurrence networks in four seasons at two depths (epilimnion and hypolimnion) in a mesotrophic and stratified lake (Chenghai Lake), which formed stratification in the summer and turnover in the winter.

During the stratification period, the epilimnion and hypolimnion went through contrary assembly processes but converged to similar assembly patterns in the mixing period. In a highly homogeneous selection environment, species with low niche breadth were filtered, resulting in decreased species richness. Water mixing in the winter homogenized the environment, resulting in a simpler microbial cooccurrence network. Interestingly, we observed a high abundance of the cyanobacterial genus Planktothrix in the winter, probably due to nutrient redistribution and Planktothrix adaptivity to the winter environment in which mixing played important roles. 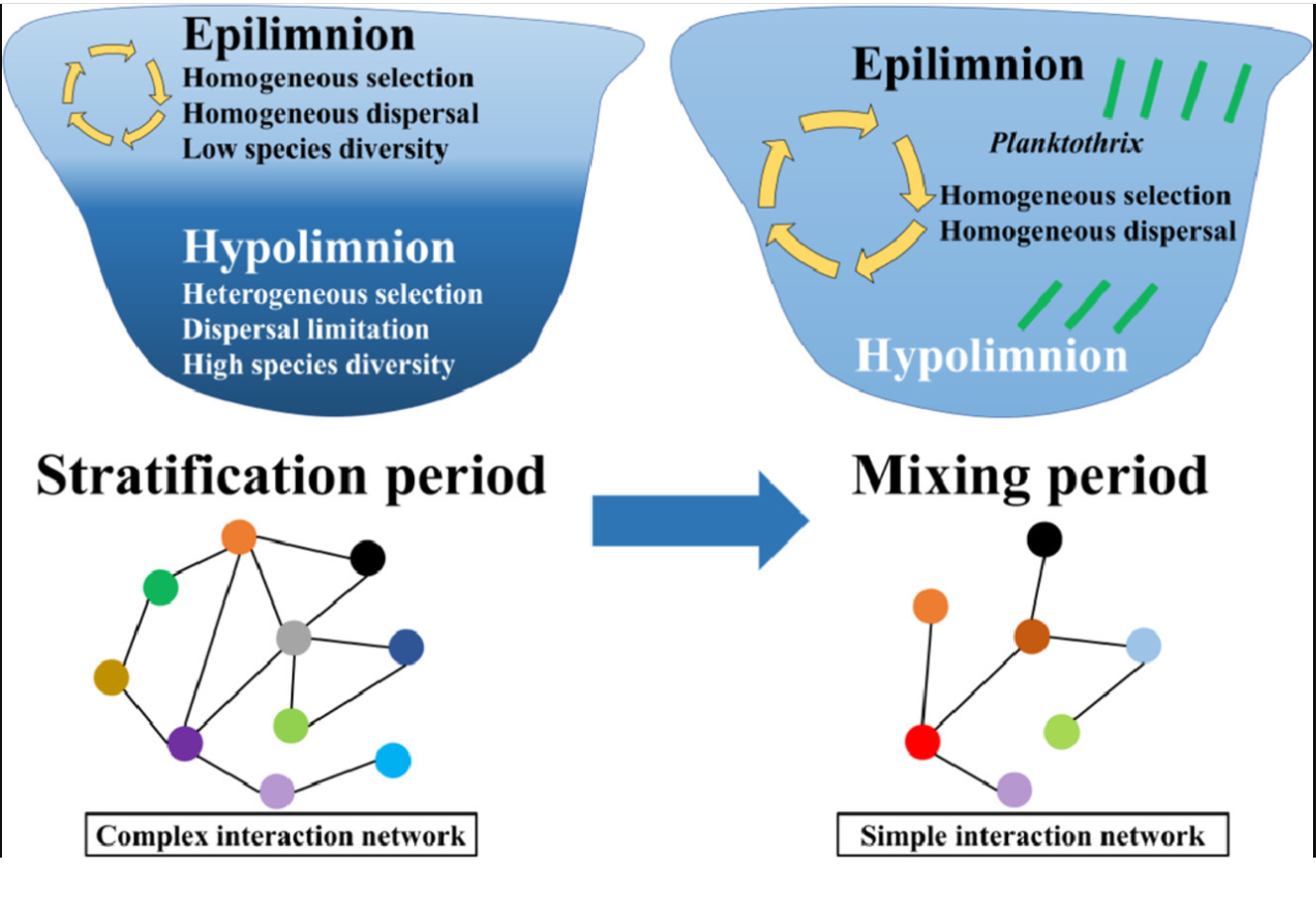