The renin angiotensin system (RAS) appears to influence male fertility at multiple levels. In this work, we analyzed the relationship between the RAS and DNA integrity. Fifty male volunteers were divided into two groups (25 each): control (DNA fragmentation ≤20%) and pathological (DNA fragmentation >20%) cases.

Activities of five peptidases controlling RAS were measured fluorometrically: prolyl endopeptidase (which converts angiotensin [A] I and A II to A 1–7), neutral endopeptidase (NEP/CD10: A I to A 1–7), aminopeptidase N (APN/CD13: A III to A IV), aminopeptidase A (A II to A III) and aminopeptidase B (A III to A IV). Angiotensin-converting enzyme (A I to A II), APN/CD13 and NEP/CD10 were also assessed by semiquantitative cytometry and quantitative flow cytometry assays, as were the receptors of all RAS components: A II receptor type 1 (AT1R), A II receptor type 2 (AT2R), A IV receptor (AT4R or insulin-regulated aminopeptidase [IRAP]), (pro)renin receptor (PRR) and A 1–7 receptor or Mas receptor (MasR) None of the enzymes that regulate levels of RAS components, except for APN/CD13 (decrease in fragmented cells), showed significant differences between both groups. 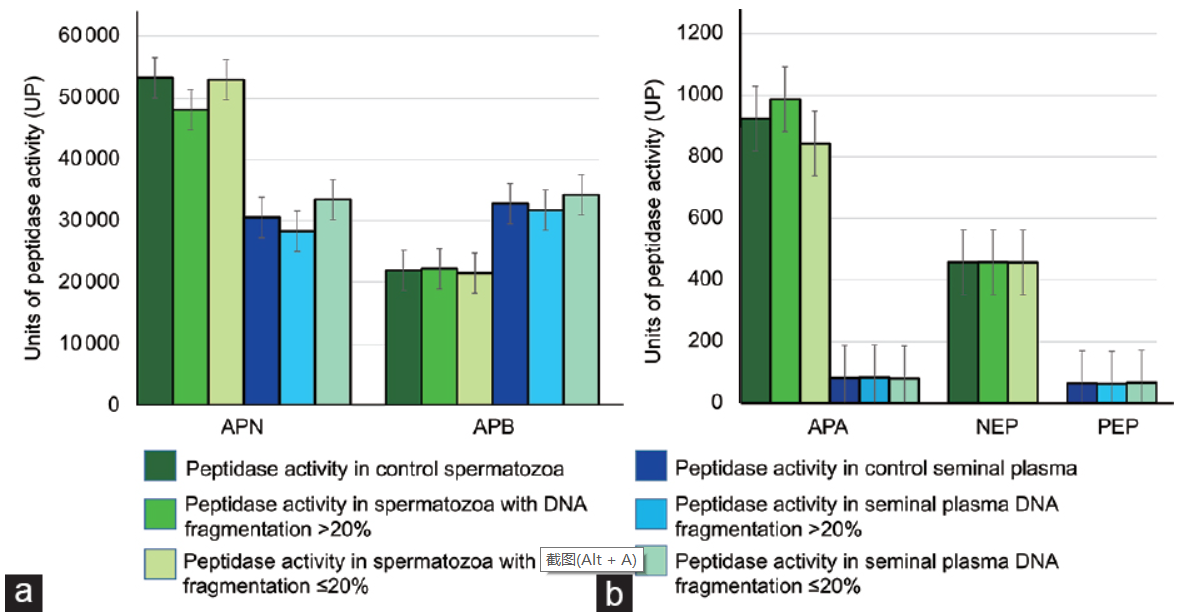