In this study, ice core and fast ice records with annual resolution from six sites are used to reconstruct the annual-resolved northernmost latitude of sea ice edge (NLSIE) for different sectors of the Southern Ocean, including the Weddell Sea (WS), Bellingshausen Sea (BS), Amundsen Sea (AS), Ross Sea (RS), and the Indian and western Pacific Ocean (IndWPac). The linear trends of the NLSIE are analyzed for each sector for the past 100–200 years and found to be −0.08°, −0.17°, +0.07°, +0.02°, and −0.03° per decade (≥95% confidence level) for the WS, BS, AS, RS, and IndWPac, respectively.

For the entire Antarctic, our composite NLSIE shows a decreasing trend (−0.03° per decade, 99% confidence level) during the 20th century, with a rapid decline in the mid-1950s. It was not until the early 1980s that the observed increasing trend occurred. 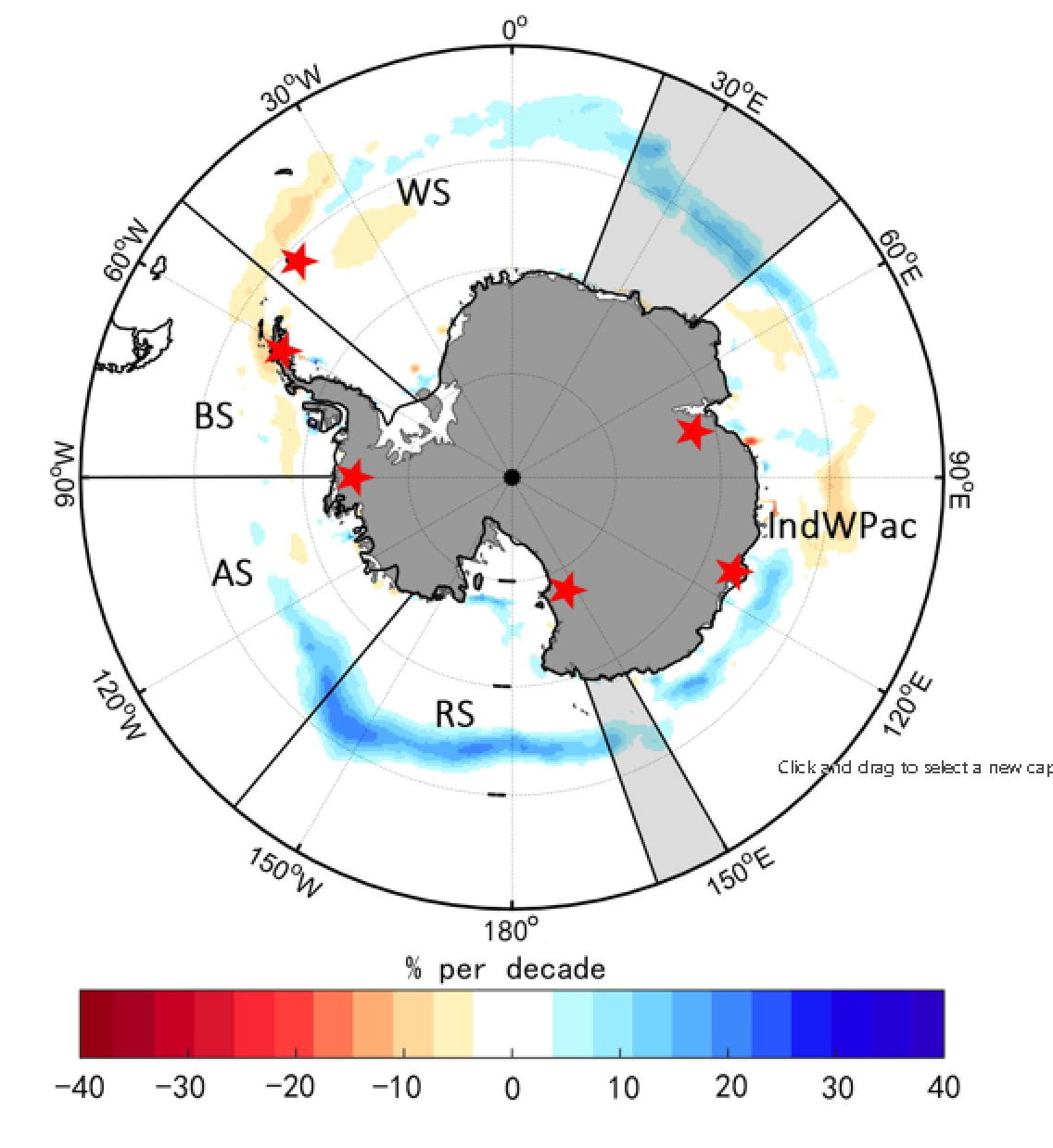 Projection of climate extremes in China, an incremental exercise from CMIP5 to CMIP6